Hello all! MusicFarmer5 correspondent Adam Jones here with a brand new review for TONNER’s single, “Train to Paris.” While the song grooves and gives off some super “cool” vibes, it’s also very emotional. Tonner is able to do something not many artists can do - he paints a sonic picture, and it is VIBRANT. “Train to Paris” starts with a delay-engulfed guitar line, followed by a 4-on-the-floor kick drum pattern. It creates an aural image as if one is hopping onto a train, leav

Hello friends! MusicFarmer5 correspondent WOLF GEORGIA here today with a brand spanking-new review for rising artist RUZIE RIU! It's a sound I've truly never heard before. Ruzie Riu is the perfect example of someone who pushes her music forward. It’s clear that Ruzie Riu is not afraid to take risks as heard on the track “Money,” which explores different sonic worlds with complex keyboards and rhythmic vocalizations. As the lyric proclaims, “I work too hard no time to speak.”

YURY KUNETS "REFLECTION" - A triumph of the millenium

Today we’ve got a review hot off the presses for the album REFLECTION by Russian composer/producer YURY KUNETS. It’s not often we get such high-caliber orchestral music, and I can honestly say this is on par or better than many of the greats of today, including Danny Elfman & Hans Zimmer! Yury is a seasoned composer who started his career in the “Impulse Five,” a rock band that made waves in the 1980s. He did this for many years, and in 2004 started working on musical televis 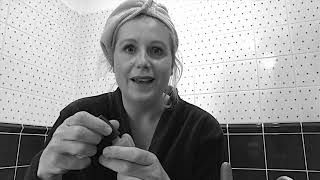 There’s a brand new single out by American Britpop band, VAN WANKO! This track is catchy, has got awesome guitar solos, and catchy vocal melodies! Reminds me of all the best power pop bands from the early 2000s that we sure are missing out on in the mainstream today!

ManLikeb.Dot - THE RISING. Yes, this is the good stuff!

Ah yes, the good stuff. That's what I immediately think when listening to London artist ManLikeb.Dot and his single, "The Rising." Old school (good times) hip-hop vibes mixed with elements from the modern grime scene. The track starts with a gnarly flute line (just listen, trust me), followed by a grooving bass guitar and upbeat dirty drum machine. ManLikeb.Dot starts spitting, and it rocks. It's obvious that ManLikeb.Dot is an accomplished rapper. There are some rappers out

DANJUL - FADED DESTINY - the anthem of the lockdown generation

Echoing notes of The Weeknd and other modern R&B/Soul Crossover artists, Danjul is new to the scene but certainly doesn't sound like a newcomer. The song "Faded Destiny" clearly demonstrates an elevated sense of artistry akin to other hit artists today, and maybe even more so because this song reflects the sentiment that many of us are feeling during these strange times. The track starts with a suspensful piano, which is broken up by an abrupt tape stop. The bulk of the song

Our featured track today is SYNESTHESIA by Padre Tóxico - an electronic artist with a unique vibe. His music is moving, inspiring, and also perfect for any type of nightlife your heart desires. “Synesthesia” opens up with a hypnotic percussive synthesizer loop, and transports you to another world. It builds with energy, eventually coming into a groove complete with driving bass drum and complex electronic percussion. The vibe of this track is really awesome. The loops seamles

Tayvon Johnson, known as BLACK I.C.E, hails from Seaford Delaware. He started in the singing with the choir in church, followed by playing music with his father in his gospel groups. As he grew older he found his place in RnB Neo/Soul scene and his career as a solo artist. In addition to his background in singing, he is a versatile rapper with rhythmic agility. Some of his influences are Michael Jackson, Musiq Soulchild, Chris Brown, Neyo, John Legend, and Drake. Tayvon has l

BY SMALL RUIN is a real band with real guitars, real drums, and real attitude. Not the type of attitude that makes you cringe and want to look away - but the type of attitude that pulls you in and doesn't let you go. The single "CRAZY" has got vibes harkening back to the raw rocker culture of the late 90s and early 2000s, a sound that has been missing for so many years. It's fantastic to finally hear a band bringing back these sounds of (in my opinion) glory days!! This song

Phantom Phunk "A WEEK AGO" - pushing the boundaries of music

Phantom Phunk "A WEEK AGO" - pushing the boundaries of music